Welcome to this week’s edition of the Carnival of Space. Space is a really big and really busy place. Each week we find more to explore and more ways to explore what we find. Just when we think we might have it all figured out, something new appears on the horizon. There is a lot of space explore in episode 326 so let’s get started.

First up, from the The Chandra X-Ray Observatory Website there are two articles about the raw data behind their press releases and their archives. Some pretty amazing stuff. In continued recogintion of American Archives month, we’ve dusted off some raw data from recent Chandra press releases over the past year for inclusion in our
openFITS collection.

The Chandra Data Archive (CDA) plays a central role in the mission by enabling the astronomical community – as well as the public – access to data collected by the observatory.

Next up, sometimes things don’t work out like you planned and that can be a good thing. Dr. Paul Spudis has his article at The Air & Space Smithsonian website. Unplanned (But Controlled) Experiments: The Role of Serendipity by Dr. Paul Spudis discusses the LADEE Mission.

Space seems to be getting a little more crowded. The Meridian Journal covers the latest find of a rocky planet orbiting a distant star.

While on the subject of planets, our own Steve Shurtleff of Photos To Space explores what scientists may (or may not) have found orbiting Alpha Centauri B.

To Bb or not to Bb? A question that may or may not be answered by science.

The power of two and the unpredictability of luck are recurring themes this week. We continue to explore that lucky idea in a second post from Photos To Space:

Then and Now: Planning is very important but sometimes luck can really make your day.

Space is incredible but how do we get there? These two articles from The Next Big Future looking at different space companies with big plans for the future. The first looks at a new type of launcher: 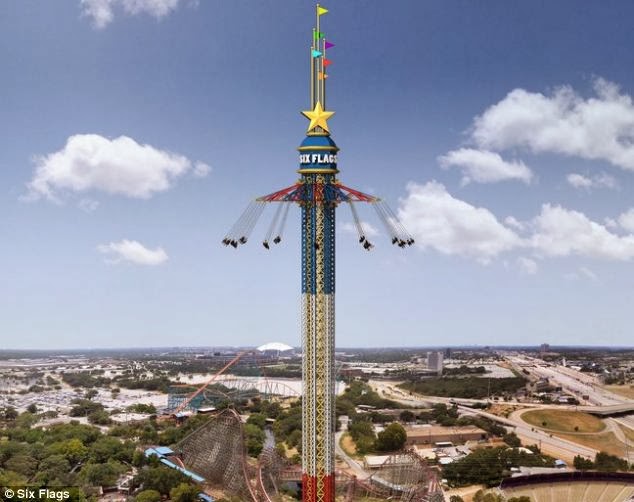 There is a design for a new space launch system that would leverage an inflatable tower design. Fisher Space Systems LLC has created the design for an inflated tower combined with a rotating system that will fling a reusable launch vehicle to space. It will only need a reusable upper stage. It could also be combined with a rotovator for the upper stage. Electricity can power the elevator ride up and power the rotating system.

The Space Track Launch System (STLS) is a two stage system. The first stage is a tall tower 100-150 km high. An electrically driven rotating truss at the top of the tower is attached to two sets of ribbons made of high strength fiber composites. Counterweights (CW) are attached to the end of each ribbon. The second stage is a reusable liquid fueled launch vehicle (LV) designed to launch form the STLS.

And their second article examines the possible launch dates of Arkyd:

Planetary Resources, the asteroid mining company, will advance its mission to mine resource-rich near-Earth asteroids (NEAs) by launching the first in its Arkyd Series of spacecraft – the A3 – into low-Earth orbit as early as April 2014. The A3 is the Arkyd 100’s technology demonstrator, and the mission will provide for early testing and serve to validate the spacecraft’s core technology and software in the development of the program.

Continuing out into the solar system we have a look at the upcoming eclipse happening in November. Universe Today explains why this is a must see show. 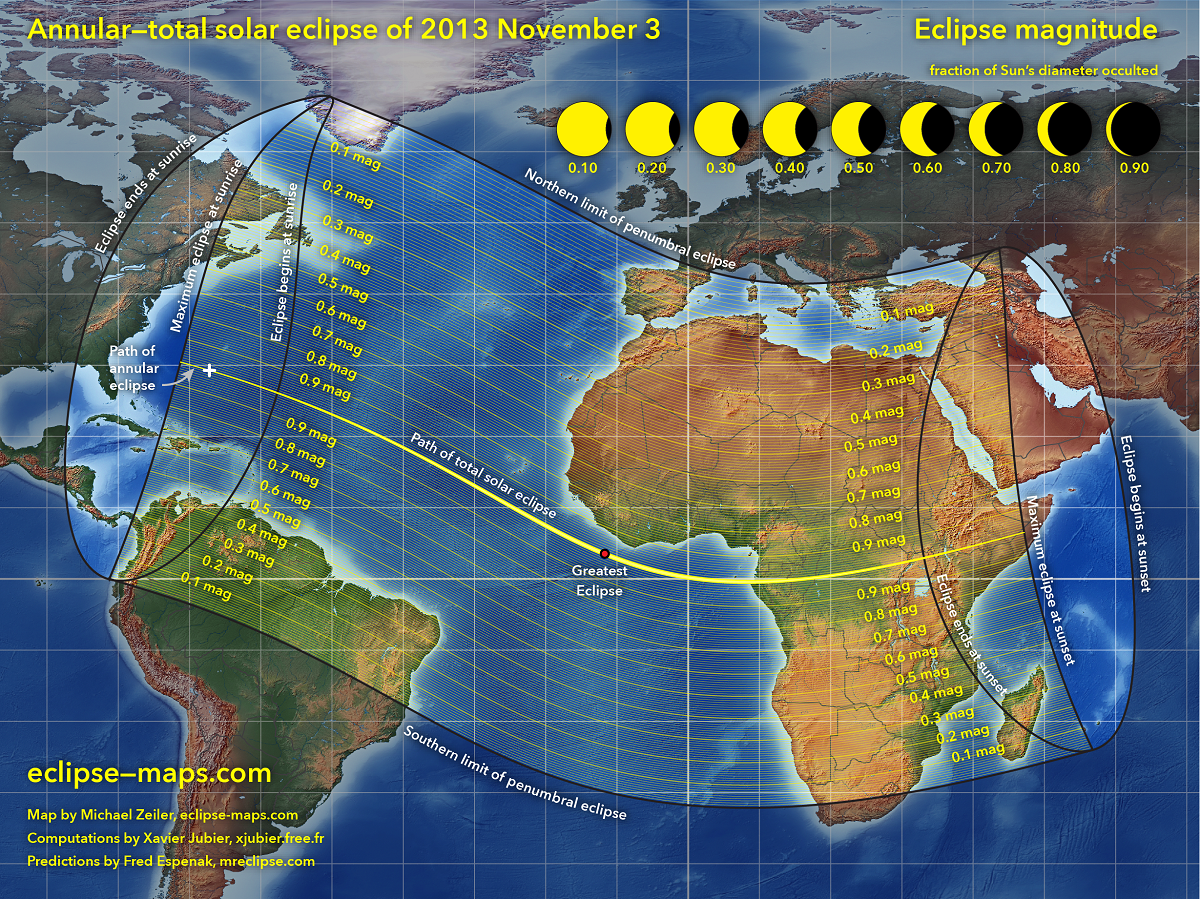 This eclipse is of the rare hybrid variety— that is, it will be an annular eclipse along the very first 15 seconds of its track before transitioning to a total as the Moon’s shadow sweeps just close enough to the Earth to cover the disk of the Sun along the remainder of its track. Image Credit: Zeiler, @EclipseMaps

Beyond the eclipse but still close to home, we have a wonderful little article about a comet overshadowed by its siblings like ISON. AARTScope Blog has all the details:

Currently overshadowed a little by the 2012 comets, ISON, Lovejoy, Linear 2012 X1 and Enke all feature this month in the northern skies. Siding Spring will have to wait till next year for its fanfare as it does a very close approach to Mars just after the MAVEN space mission arrives to sample Mars atmosphere.

Have you ever wondered if there are like minded space enthusiasts in your corner of the Galaxy? Everyday Spacer covers the growing trend of meetups for coordinating like minded gatherings of the interstellar kind.

Are You Into Meetups?

That wraps it up for this week’s edition of the Carnival of Space. There is a lot to explore and learn from each of the articles presented here. Remember that you are a part of this amazing and exciting universe. Spread the work about the Carnival and let your friends get in on the fun and excitement too! And most important of all…